The goal of this session is to offer to the PhD students attending the Performance 2020 conference (even without presenting a paper) the opportunity to meet each other and get feedback on their work.

In this session PhD students can meet experienced researchers  and  get  comments on their work.

The session is scheduled before the closing session of the conference on Friday November 6 and will last about 1-1.5 hour starting at 11.00 NYC time.

We invite the students to book their slot at the following link and prepare a 5-10 minutes presentation on their PhD work.

After their presentation, students will get comments and discuss with the experts for other 10 minutes.  The time will be managed according to the actual number of students participating to this session. Four Meet the star sessions will run in parallel with the keynote speakers, Prof. Mor Harchol- Balter, and Prof. Don Towsley 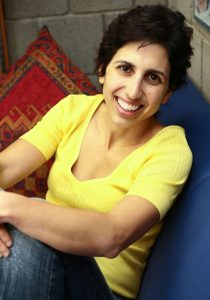 Professor Mor Harchol- Balter is the Bruce J. Nelson Professor of Computer Science at Carnegie Mellon. She received her Ph.D. from U.C. Berkeley in 1996 under the direction of Manuel Blum. She joined CMU in 1999, and served as the Head of the PhD program from 2008-2011. Mor is a Fellow of both ACM and IEEE. She is a recipient of the McCandless Junior Chair, the NSF CAREER award, and several teaching awards, including the Herbert A. Simon Award and Spira Teaching Award. She is a recipient of dozens of Industrial Faculty Awards including multiple awards from Google, Microsoft, IBM, EMC, Facebook, Intel, Yahoo!, and Seagate. Mor’s work focuses on designing new resource allocation policies, including load balancing policies, power management policies, and scheduling policies, for distributed systems. Mor is heavily involved in the SIGMETRICS / PERFORMANCE research community, where she has received many paper awards (SIGMETRICS 19, PERFORMANCE 18, INFORMS APS 18, EUROSYS 16, MASCOTS 16, SIGMETRICS 03, SIGMETRICS 96). She is also the author of a popular textbook, Performance Analysis and Design of Computer Systems , published by Cambridge University Press, which bridges Operations Research and Computer Science. Mor is best known for her enthusiastic keynote talks (recent examples: QTNA 19, YEQT 18, MIT LIDS 17, CANQUEUE 16, SIGMETRICS 16, ICDCS 15, GREENMETRICS 14) and her many PhD students, most of whom are professors at top academic institutions. 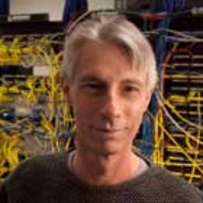 Professor Don Towsley‘s research spans a wide range of activities from stochastic analyses of queueing models of computer and telecommunications to the design and conduct of measurement studies. He has performed some of the pioneering work on the exact and approximate analyses of parallel/distributed applications and architectures. More recently, he pioneered the area of network tomography and the use of fluid models for large networks. He has published extensively, with over 150 articles in leading journals.

Professor Towsley has been an editor of the IEEE Transactions on Communications, IEEE/ACM Transactions on Networking, and Journal of Dynamic Discrete Event Systems. He is currently on the Editorial boards of Networks and Performance Evaluation. He was a Program Co-chair of the joint ACM SIGMETRICS and PERFORMANCE ’92 conference. He is a two-time recipient of the Best Paper Award of the ACM Sigmetrics Conference.  He is a Fellow of the IEEE and of the ACM.  He is also a member of ORSA and is active in the IFIP Working Groups 6.3 on Performance Modeling of Networks and 7.3 on Performance Modeling. Towsley is the recipient of one of the IEEE’s most prestigious honors, the 2007 IEEE Koji Kobayashi Computers and Communications Award. He also received a UMass Amherst Distinguished Faculty Lecturer award in 2002 and a UMass Amherst College of Natural Sciences and Mathematics Faculty Research Award in 2003.